A multimedia megatron whose lines are harder than a period drama with a screen that covers an impressive 4″, the X7 has been flaunting its charm and catching people’s eye ever since its release earlier this year. And just to remind you what all of the fuss is about we’ve brought together some thoughts from all over the web explaining why this phone has such a head-turning reputation. 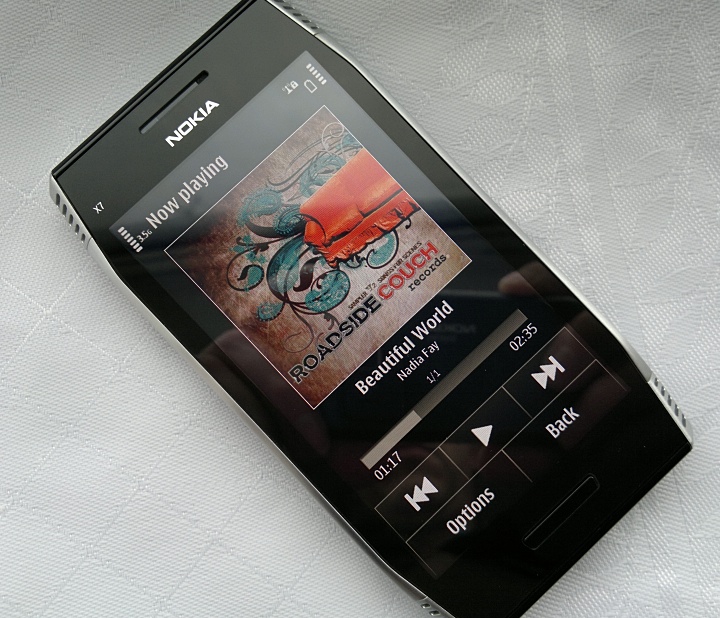 The guys at techradar were quick to praise the X7 for its aesthetic beauty; ‘you get a fair slice of quality in the looks department’ they said, ‘the chassis has a rather pleasing design, with angled corners that look as though they house speakers in the sides’. Also they commented how the handset is a ‘solid-feeling, interesting-looking smartphone with a metal backplate that helps it retain a sturdy frame that should take plenty of knocks’.

Steve Litchfield chose to compliment the internal ‘fresh icon set’ on the dashboard of the X7, commenting on how ‘everything’s just a tiny bit larger, smoother and easier on the eye’ in comparison to older models, whilst dailymobile seemed thoroughly impressed with the phone, labelling it ‘perfect for apps’ to ‘help make your life easier and more fun’.

KA unboxed the X7 and dished out an expert shake down of its hardware and physical features too. Not only did they impress him but also his friends and colleagues that were around at the time. Proving the point that it’s a real eye catcher.

Cnet.com were also full of praise for the overall look of the phone giving an emphatically descriptive overview of the phone body; ‘if looks could kill, the X7 would be responsible for quite a few fatalities. The sleek metal casing and futuristic, angular styling are pretty exciting when you consider that most other phone makers seem content to just copy each other’s ideas’.

Another example of the X7 stealing peoples hearts at first sight is from Crisitan, he came home to expect the phone on charge before he realised his wife had pinched it for her own needs before he had the chance to tinker with it. Now that’s stopping power if ever I saw it. Clinton Jeff continued the bodywork compliments by saying that the phone ‘looks really sleek, and the futuristic design is very much the essence of the word ‘stealth’. It really sets the X7 apart from the same old mould that other touchscreen phones follow these days’.

It seems the body of this phone is the most favoured aspect of its design but does that mean it has the ‘X Factor’? We’d like to know what features of the X7 you like most. Does the futuristic shape attract you? Or perhaps the internal organs of the phone catch your eye? Maybe you don’t like the X7 at all! Whatever your thoughts, don’t hesitate to contact us @Nokia_Connects and let us know what you think.