How mobile photography changed our lives

The vast majority of us walk around every day with an amazing tool in our pockets, but how many of us actually use it to its full potential? Just one feature of the tool (which I’m sure you’ve worked out by now is your mobile phone) is the camera, and however many megapixels it has, it’s changed your life. 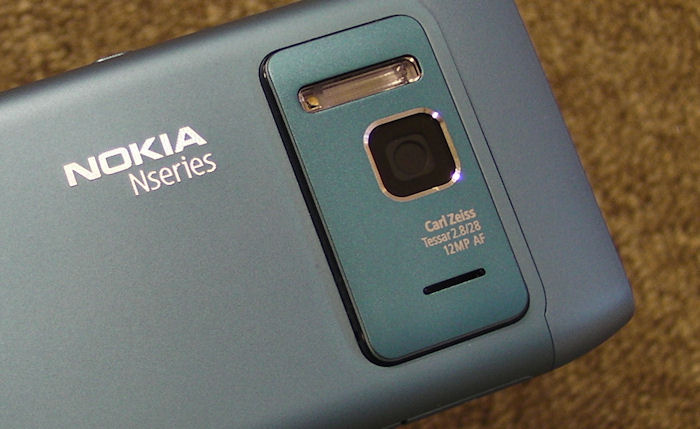 via All About Symbian (more about them later)

I grew up at just the right time to embrace mobile technology. Moving to London town for my 1st job straight out of University, I had to have a mobile. So I got one – and haven’t looked back. With time, as phones developed and technology moved on, each new iteration of my Nokia (yes folks, I was a Nokia boy even before I joined Nokia Connects [formerly WOMWorld/Nokia]) had more advanced features, and eventually a camera. Before then, if I wanted to take a snap, this is what I had to go through!

– I firstly had to have remembered to pick up my point and shoot (loaded at that time with….film!)

– Next step? Wait until I’d finished the roll

– It wasn’t over yet! I’d then have to take it to be processed and wait for them to do that

Finally, and very eagerly, I would then rifle through the prints, only to find I’d blurred my Granny blowing out the candles on her 80th birthday, a moment that would never happen again. Remember that while you read the rest of this post.

So what changed when the consumer digital camera hit the high street, and then when the cameraphone proliferation took over?

People take photos of *everything* today. It’s free (no charge for buying film, and then processing that film), it’s instant (no waiting for results, they are there, on a screen, as soon as you have released the shutter) and it’s easily rectifiable (if there’s a slight blur, just take another snap). Remember Granny’s blurred birthday? Thing of the past now, wouldn’t happen, just take another photo.

Just looking at some of the photos in the N8 Flickr Group…Blows. My. Mind. And those from Richard on his recent trips to New York and London knock tourist photos from 10 years ago into a cocked hat (British phrase alert – means they’re a lot better).

It’s due to all sorts of technicalities that frankly I don’t understand (apertures – the new Nokia Lumia 900 has an aperture of F2.2 – shutter speeds, ISO and exposure….The Tech Bishop explains it all much better than I ever could)

Steve Litchfield is the guy to go to when you want to know about mobile photography. He has produced guides over the last couple of years that have proved invaluable when writing about Nokia cameraphones, and I would urge anyone who wants to see a comparison, examples, or explanations to do a quick search of the All About Symbian site.

Another way that mobile photography has changed (or even enhanced) life recently has been its easily and instantly shareable nature. Away from Twitpic and Facebook – which do have their place, don’t get me wrong – the use of photos from mobile phones has seen the facilitation of citizen journalism as we saw with the Arab Spring, which might previously have been quashed by the authorities.

Away from world-changing events, your own mobile photographs will serve as a digital archive of your life that was previously difficult to achieve. Take out some photos from 10 years ago. Faded, possibly torn, in a clunky album, or maybe even lost in a house move. Now look at your Flickr account or Facebook photos. Fresh, there forever (until the internet is unplugged), to be found by your ancestors in years to come if only to laugh at the fashions of the 21st century (‘Jeggings? What were they thinking?’).

Finally, imagine trying to remove red-eye on a film print. Or adding a filter. Or enhancing one area while fading the rest out. With the proliferation of camera apps in the Nokia Store and Windows Marketplace, tweaking your images has never been easier. Now you can make all your pics look just right, without being a professional photo editor with expensive software.

So…how has mobile photography changed your life? Have you found a new calling, started to make money from simply snapping with your phone? Or do you hanker back to the old days with film and dark rooms, when photography was done ‘properly’? If I know the readers of this page well, I know what your answer will be. So let us know in the comments, or we’re always open to listen @Nokia_Connects